Zika virus, first isolated in Uganda in the year 1947 is spread by mosquitoes. Previously, Zika outbreaks were recorded in Asia, Africa, the Pacific regions and in America which led to the declaration of a global medical emergency by the World Health Organization. High fever, rashes, joint pain and conjunctivitis are the most common symptoms associated with the Zika virus infection. As per the reports from the Centers for Disease Control, the symptoms last only for two to seven days and are typically mild. However, Zika virus can result in a congenital condition called microcephaly in infants which can result in death. 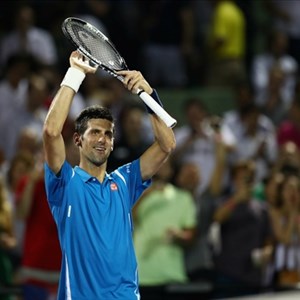 With the spread of Zika virus, an increasing number of concerns have mounted over the conduct of Olympics in Rio de Janeiro. However, the director of Centers for Disease Control, Dr. Tom Friedan brought out that Zika virus does not pose a severe threat to the 80 percent of the population except for infants and children less than 5 years of age. Adults who acquire the Zika infection experience only mild to moderate symptoms. Pregnant women should avoid traveling to countries where Zika virus transmission is high. Tom Friedan also added that there are no vaccines or medicines to treat the Zika virus.

Meanwhile, authorities of the International Olympic Committee ensured the availability of a safe environment for the successful conduct of Olympic 2016 in Rio de Janeiro. They have also made explicit announcements stating that the Olympics will not be relocated, postponed or canceled owing to the Zika virus threat. Brazilian officials also insist on the fact that athletes or fans do not fall into the risk category except for pregnant women. The communications director for Brazil’s Olympic Committee, Mario Andrada stated that Olympic games are scheduled in the month of August during the Brazilian winter which does not favor the survival of mosquitoes.